In 2008, Chris and Kimberly Magnuson were overjoyed to be parents of two active, happy little boys, Charlie and Owen, and were excited to have another little blessing on the way.

December 30, 2008 their lives were changed forever. In a tragic accident, their two-and-a-half-year-old, Owen, died.

Chris, Kimberly and their four-year-old son, Charlie, were devastated. 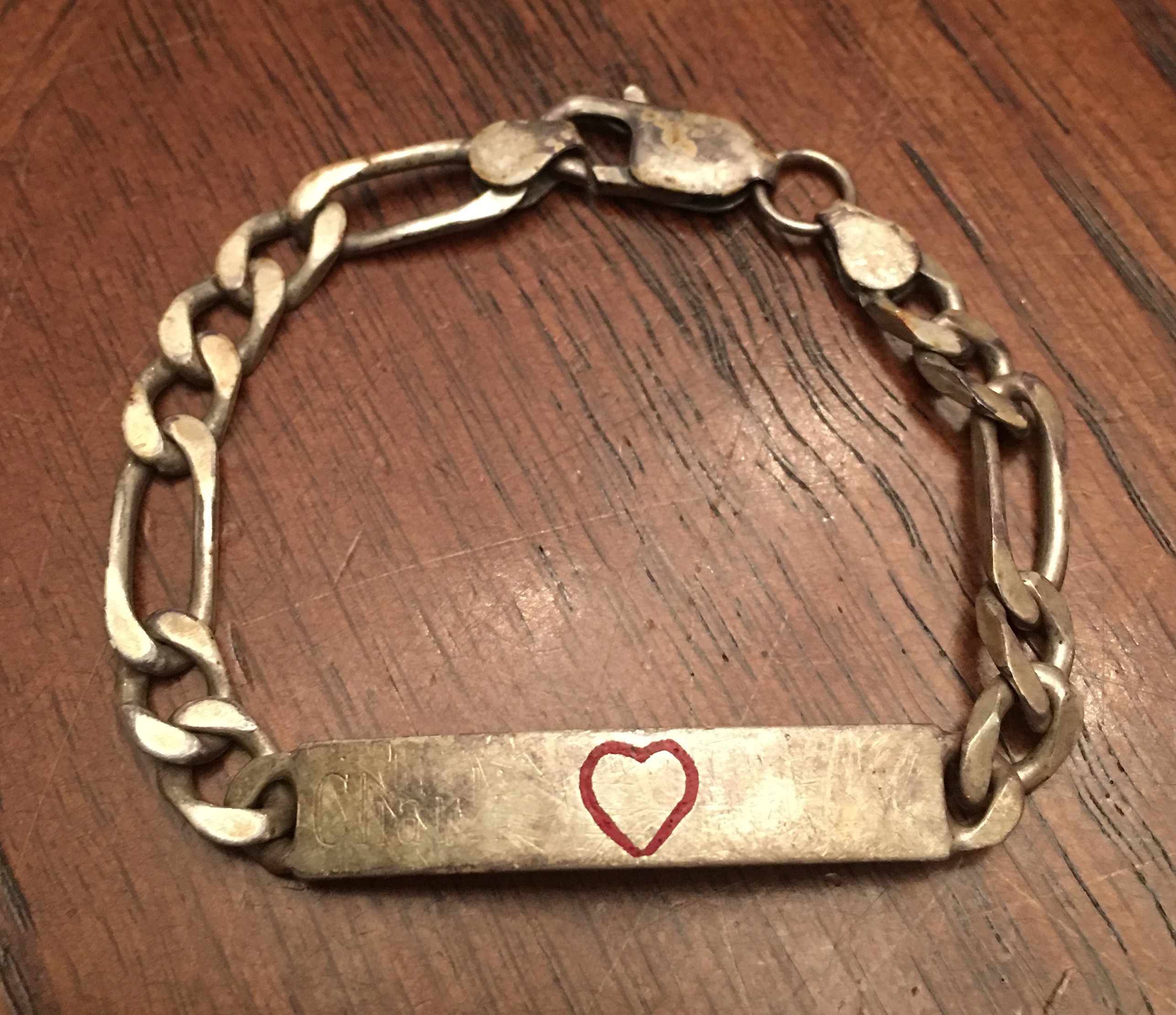 They stumbled through the next months and years grieving their little Owen and the love and dreams they had for him.

“There’s no pain like losing your child. You question everything. Could I have done something? Why us? Why him?” Kimberly said.

As a way to remember Owen, Kimberly got a necklace with Owen’s fingerprint, and Chris got a tattoo of Owen and Charlie’s names. Charlie noticed these momentos and wanted something of his own. They got Charlie an ID bracelet that said “Charlie and Owen” on the front and “Brothers Forever” on the back. Charlie wore this every day until it wore thin. Chris and Kimberly brought it back to J.F. Kruse and had it repaired and eventually ordered another because it was so worn.

“Owen is still so present in our lives. Our kids all know they have three siblings. We talk about Owen all the time. His photos adorn our walls in our new home. And we often get signs from him,” Kimberly says.

For years, Kimberly knew she wanted to have a ring that represented their four children. This year, she and Chris decided to make it happen. 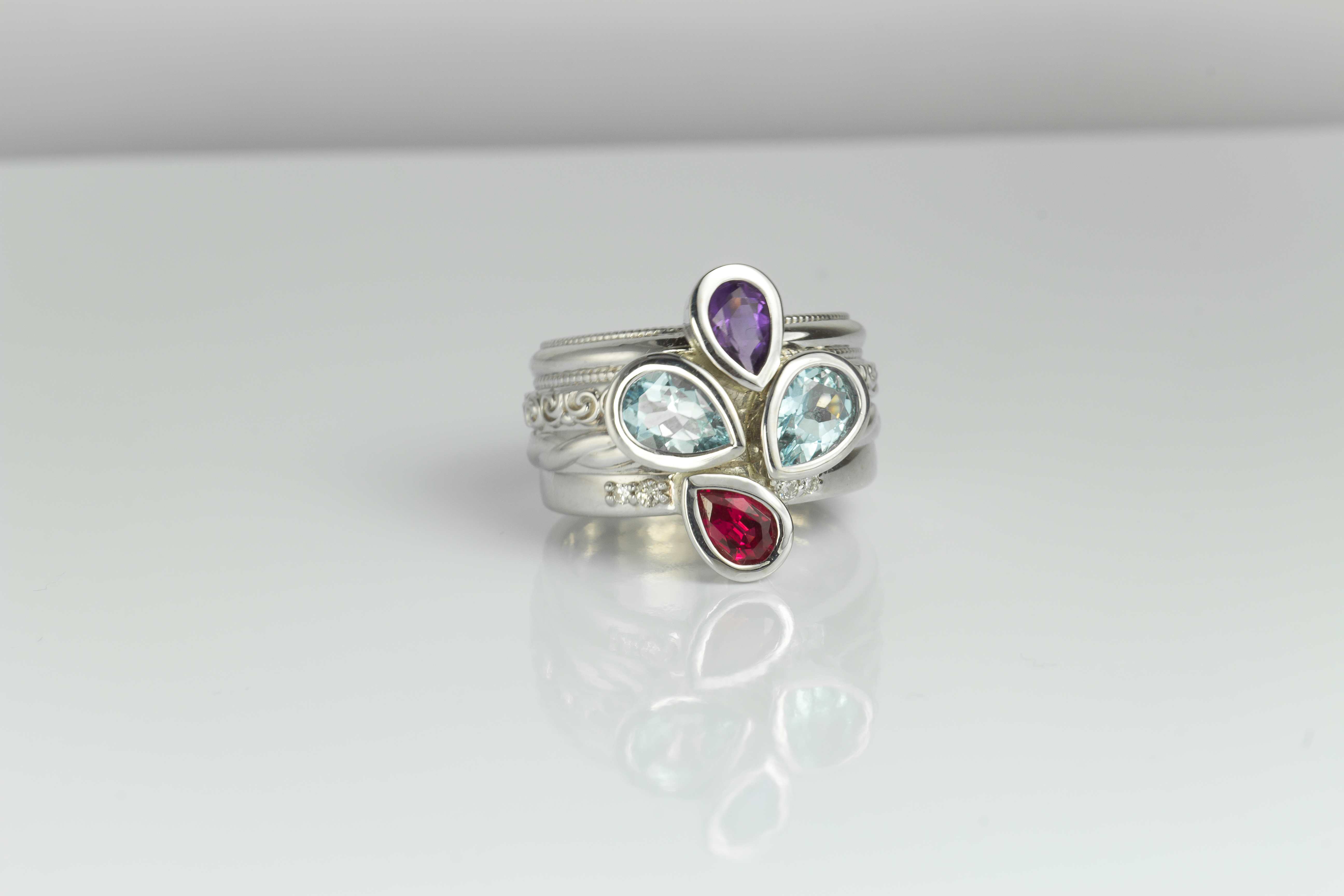 She and her oldest son, Charlie, searched the internet for mother’s rings but didn’t find anything that stood out. So, they enlisted the help of J.F. Kruse.

Kimberly and Charlie found a couple of options that they sort of liked and brought them to Deanna at J.F. Kruse.

For her first Mother's Day, Chris had given Kimberly a pair of aquamarine earrings that she knew she wanted to incorporate since Charlie and Owen both had March birthdays. Chris had also given her a piece of jewelry for Christmas early in their marriage that included an amethyst stone, Grace's birthstone.

Kimberly and Chris knew they wanted each of the four bands on the ring to look different, representing their unique and individual personalities.

After meeting with them, Deanna at J.F. Kruse drew a ring concept that incorporated the gemstones that they wanted as well as the unique bands for each child. Kimberly and Chris loved it and after they approved the drawing she soon got to try on a wax mold of her custom ring. 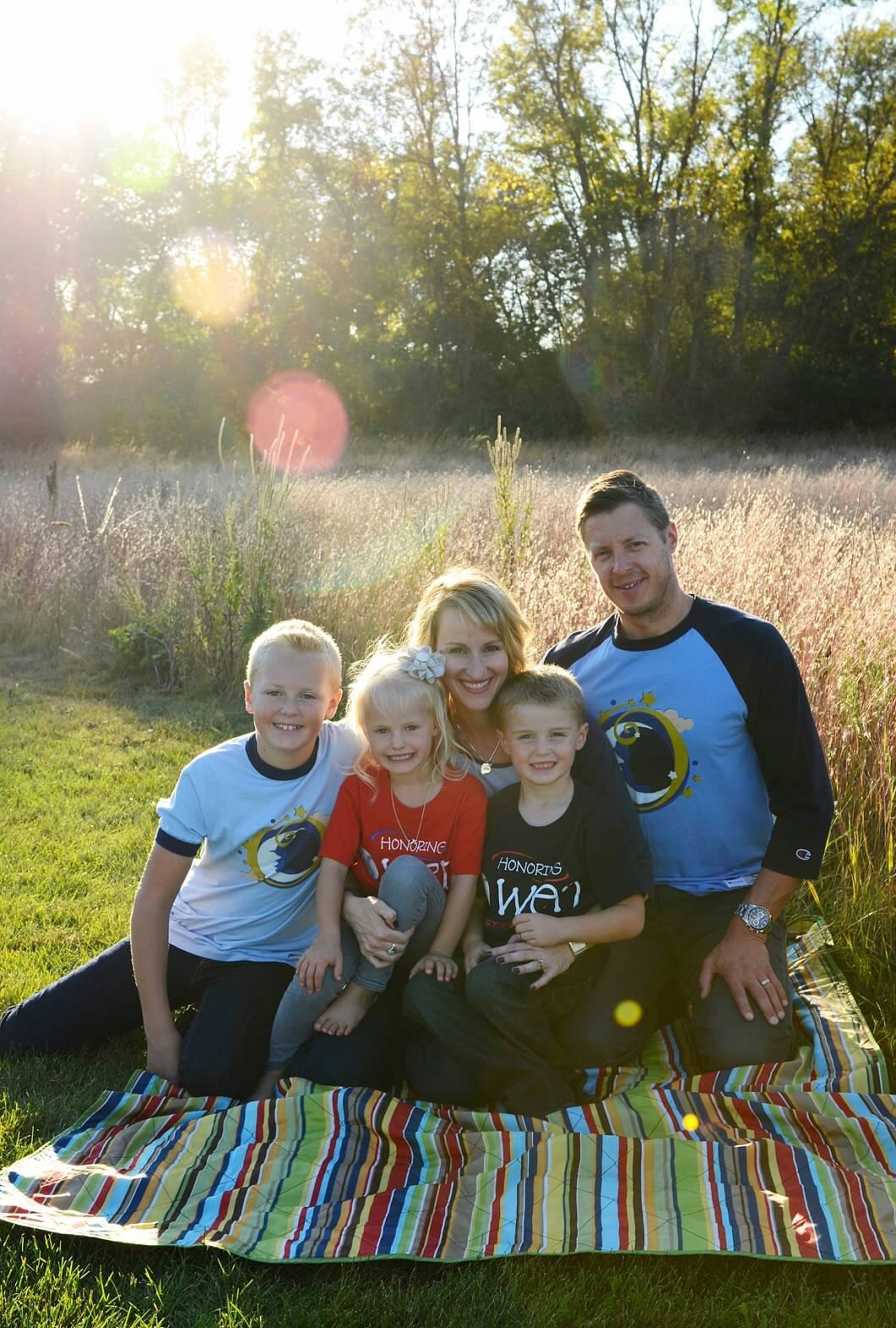 For Mother’s Day 2016 Chris and their kids presented Kimberly with the final product – a beautiful ring that carries so much meaning to their family.

“It’s so much more than I could have imagined. Every detail was spot on. Deanna had listened to our story, had incorporated our requests and had created the perfect piece for me. Our story is so personal, and J.F. Kruse treated it with care,” Kimberly said.

A few months after Owen passed away, Kim and Chris received a gift from a friend - a pair of concert tickets at the Pioneer Place in St Cloud and a gift certificate to the House of Pizza. When the time of the concert came, Kim and Chris didn’t at all feel like having a night out. They wanted to be home, mourning like they had been for months. But, they didn’t want the tickets to go to waste, so they went out for dinner and to the concert. Kimberly remembers that night, they almost felt normal again, they almost felt happy again, if only for a moment.

That gift had such a profound impact on the Magnuson’s life that a couple of years later, along with the friend who had given them the gift of a night out, they started Owen’s Night Out.

Owen’s Night Out’s mission is to bring a smile to hurting parents and a brief reprieve from the work of grieving, even if only for a night. Since they began Owen’s Night Out in 2014, they’ve been able to gift a night or weekend out for over 45 families, and they have 30 families that have been elected and will receive their night out soon.

“One of my fears as a parent was that people would forget Owen. That they would stop talking about him and stop saying his name. With Owen’s Night Out, we want parents to know that we remember. We honor their child, we feel their pain, we will keep their child’s memory alive,” Kimberly said.