Corey, Julie and a whole lot of Sparkle

Corey, Julie and a whole lot of Sparkle

When Corey Schoenberg started engagement ring shopping, he wasn’t sure exactly what he wanted, but he knew he wanted the ring to sparkle and have a “wow factor.” It’s safe to say this Simon G ring accomplishes both of these criteria.

In 2011, Corey and Julie met through mutual friends and they instantly connected. Having both grown up in small towns on dairy farms about 20 miles apart, they had a lot of friends in common and had similar hobbies. 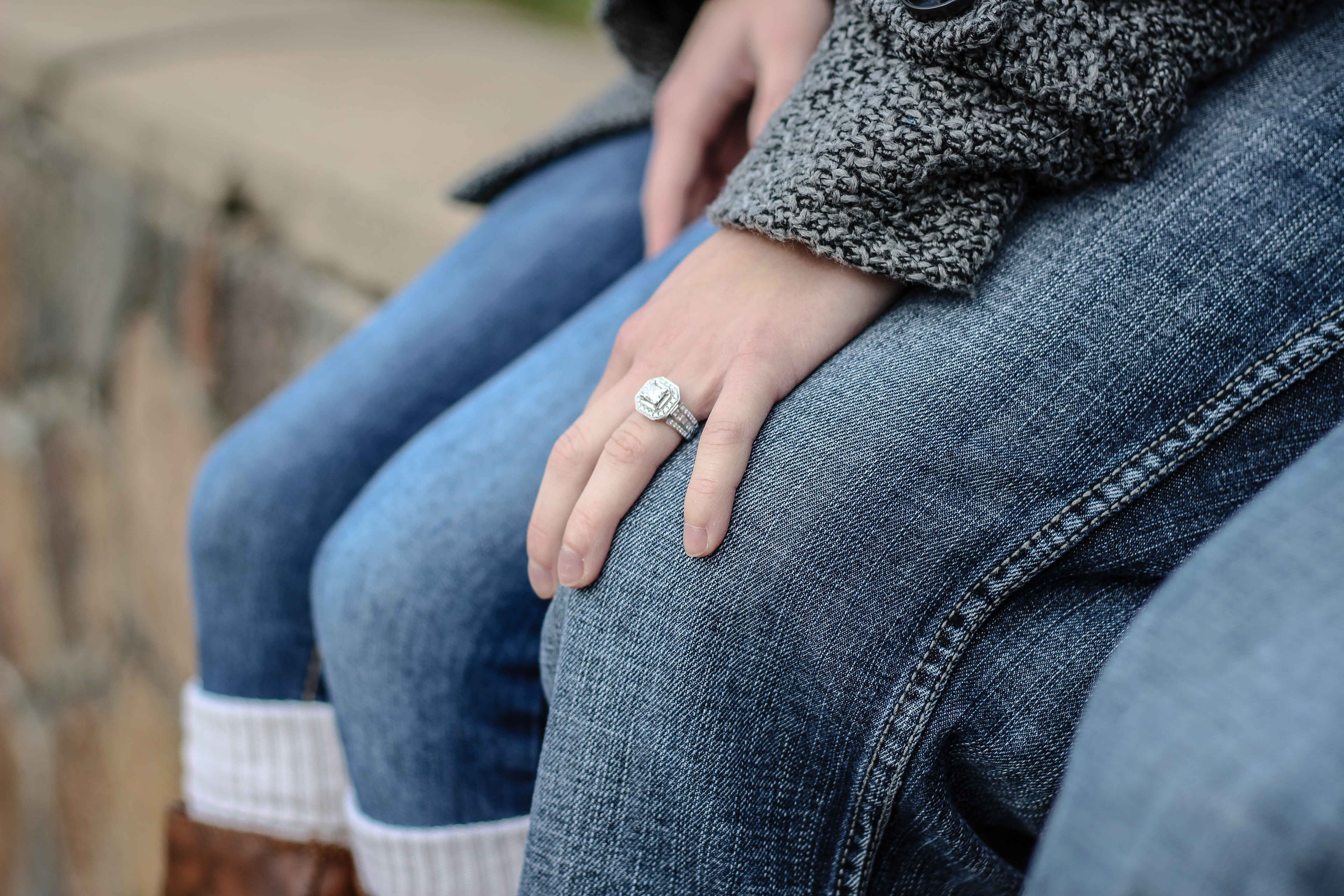 Corey did most of his ring shopping online before he ever set foot in a jewelry store. Online reviews of the jewelry stores were most important to his decision process. “J.F. Kruse had the best reviews of any jeweler in town. I just wanted to go somewhere where I knew I could trust and wouldn’t have to worry about getting tricked or lied to,” Corey said.

When Corey saw the ring on the J.F. Kruse website, he was almost certain it was the one he wanted. It had the wow factor he was looking for, so he went into the store to check it’s sparkle. When he arrived at the J. F. Kruse store, he showed the staff the ring that he wanted to see. They pulled it for him, and he knew it was the one.

After he had found the perfect setting, he got to look at many different diamonds and pick the exact one that he wanted. “They made it so easy to understand the different characteristics of a diamond,” Corey recalls.

Once the perfect diamond was decided on, Corey choose to do the 12-month, no-interest financing. “I never thought about financing it before, but when they mentioned it to me, it seemed like a good option. I’m really glad they had that available,” Corey said.

When Corey asked Julie’s father’s permission for her hand in marriage, Corey recalls her dad saying “She’s got an attitude like her mother.” 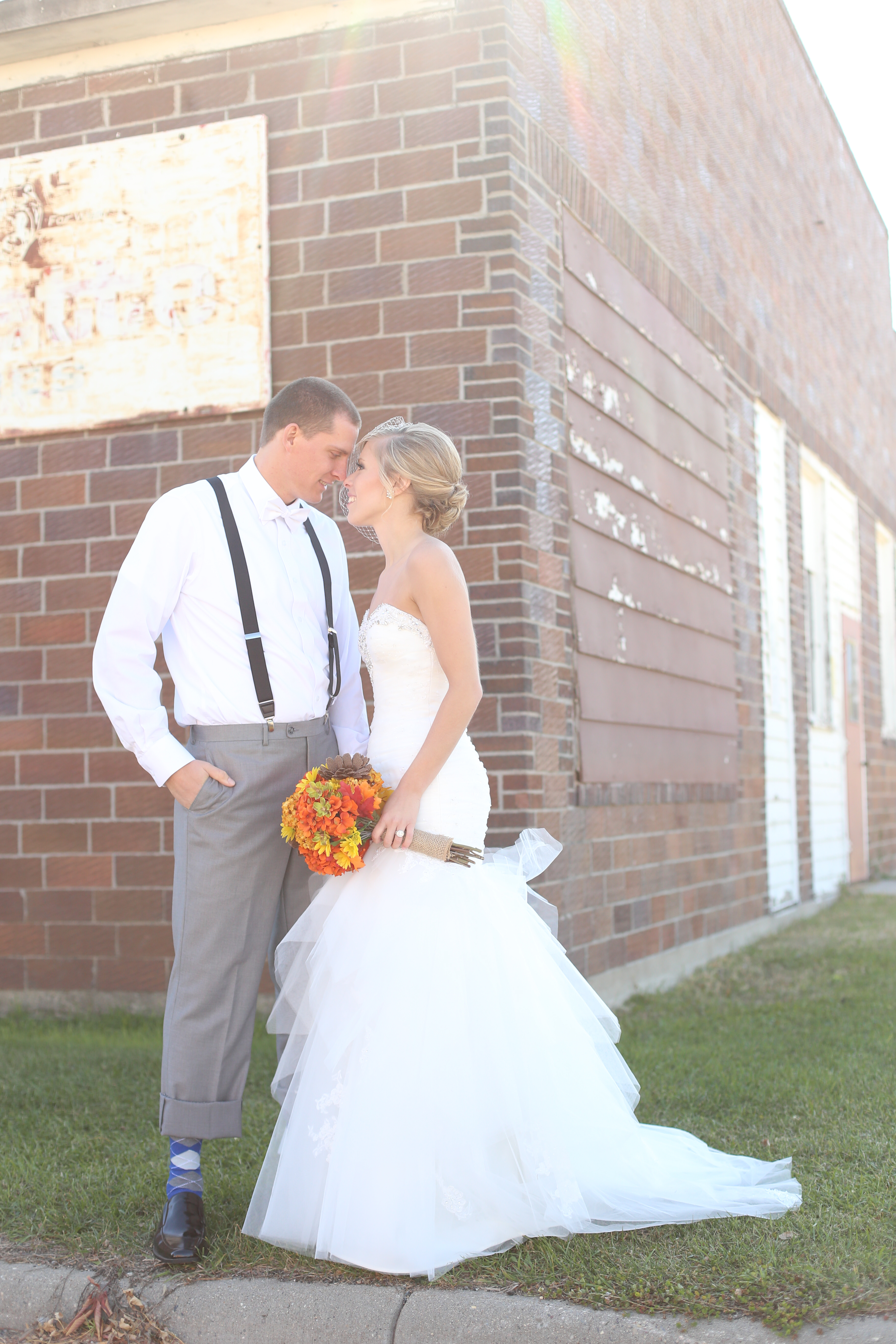 On a Saturday morning, while at her parents’ home in Elrosa, MN, Corey and Julie went for a bike ride on a nearby trail. As they were riding, Julie noticed some writing on the trail ahead. Corey had written in chalk on the trail: True love lasts forever. 9/17/11. Will you marry me?

Corey then surprised Julie with, what she describes as, the perfect ring. “It’s everything that I could have asked for. I hadn’t really given him much direction on what I wanted, so it was a very, very nice surprise,” Julie smiled.

They had a beautiful October 2015 wedding in Julie’s hometown of Elrosa, MN and were surrounded by their family and friends. “We couldn’t have asked for a more perfect day. The weather was beautiful, everyone was so happy."

This October will be a little different for Corey and Julie, as they’ll have a new little one that is due in September. “It’s been a crazy year for us, but we’re so excited to be on this adventure together and to be supported by so much family that loves us,” Julie said.

“We love the team and the service at J.F. Kruse. They’re our family jeweler now,” Julie said. “We’ll be back to J.F. Kruse plenty in the next few years…at least Corey will,” she joked.